Feedback is a gift – so try and be grateful. 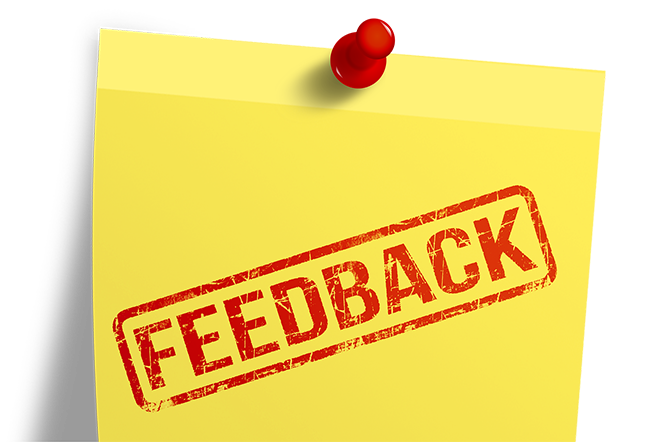 I had the useful experience last month of being both on the receiving and donating end of feedback.  Let’s deal with the ‘giving’ end first.  I was sitting in my local Volkswagen dealership having just purchased one of their cars.  Ok, ok yes I know that corporately they are still seen by many as an international pariah and each of their executives should be made to give up their first born for the next seven generations but two things:

the Germans, and VW in particular, generally produce well made cars.

So being terribly British, I was trying to comfort the poor apologetic salesmen, in the traditional way that we have practised over many years.  Such as:

‘No waiter, please don’t worry that the meal I ordered was late/cold/substituted for an inferior option/inedible (delete as appropriate), I will of course try to consume it as best I can and leave you a very large tip afterwards’

Fortunately this chap was able to pull himself together – had it been a Nissan salesman, I would have expected him to self-evicerate beside a convenient drain outside of the premises – and so we moved on to conclude the deal with a minimum of backslapping from me and short contextually sensitive extracts from Henry V.

Imagine my surprise therefore, when later that month I turned up abroad, in the company of several european colleagues, some of who actual work for the European Union and similarly began my well-rehearsed Brexit mea culpa speech, only to be met with a mild ‘so what’ ? response.  In summary, and after a slightly vinous-fuelled evening’s discourse, it would seem that although the international method of engagement with UK expertise may be forced into different channels, for those whose reputation for delivery is sound, business may indeed continue as usual.  Ok, ok I had to endure much abuse about our dress sense, morris dancing, Mr Bean and other cultural icons, but to be honest we invite such feedback

Overall though, what this has meant for Droman Limited  – and the same hopefully applies to other companies – is that the forced examination of the business landscape has resulted in increased opportunities.

So whether you were an ‘in’ or ‘out’ protagonist, then the one uniting and clarion call is that life and business go on.. unlike my poor Fiat Strada sadly…