Do we need a new strategy on strategy? 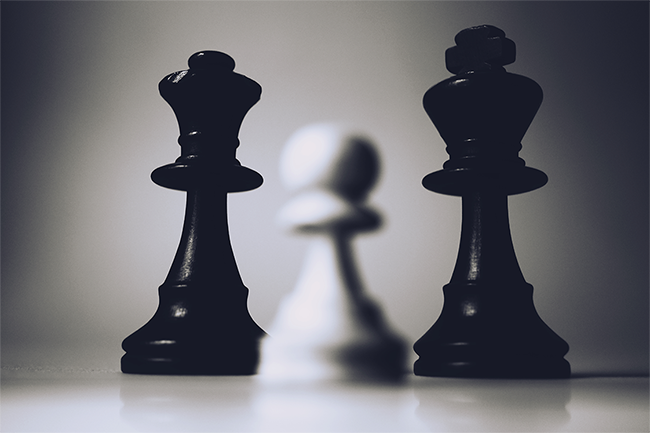 We live in interesting times. Whilst not entirely a subscriber to chaos theory, a week of wet and windy weather in the far northwest of the UK finds me in a less than charitable mood towards the butterfly in the jungle of south america that may apparently have been the culprit. I do wonder however if the greater interconnectivity that exists in the world is bringing with it increased frequency and severity of events that have the potential for quite widespread and unanticipated disruption.

Certainly virtual communities are formed, mobilised and disbanded in ways that were not possible prior to global communication networks. We saw during the referendum, a resonance between virtual communities across europe that found harmony and common ground in their feelings towards their local and national governments’ policies post the last financial crisis and concerns about how migration was managed at local, national and regional levels.

This led us directly to a once in a generation disruption to our status quo and has changed the future for many millions of people. Accepting that this is perhaps an atypically large example, it is be no means isolated in an otherwise sea of calm internationally. Not only have markets and financial institutions not reacted in the way that many thought likely post-Brexit, we also see continued turbulence locally in retails stalwarts such as Debenhams, Marks and Spencers and Tescos. Setting aside BHS, Tata, VW and similar examples, the fragility of longstanding mainstream businesses seems to have increased.

Politically events in America, France and more recently Turkey still shock, but perhaps not to the same extent as we adapt our expectations through exposure to more and similar occurrences; and herein perhaps lies the key. Like many parents of young adult children, I worry about how much more difficult their world of work, of home ownership and pensions has become. They do not. For them the world is how it is and how it will be, not how it was. I see the future through a frame of reference that is no longer so relevant; what looks unlikely or risky compared to my past experience is less so now..

if we assume that a significant amount of strategic leadership and direction is in the hands of people who like me, have lived most of their working lives in a world which is less similar to the one we now face, a world more stable and less mercurial in its reaction to social, economic and political issues, then it seems likely that our strategic frame of reference and understanding of risk will default if unchallenged, to a now inaccurate status quo.

Our traditional approach to strategy is to look at opportunities, internal capability and capacity etc. and use these to help us plough a determined path towards our intended goals. If rather than working towards the mitigation of events that might distract us from our chosen path, we anticipated them and positioned ourselves to ride the wave, to go where they took us, what would that mean for our chances of success overall and for our organisations en route ? In navigational terms, rather than waiting in port or taking extended routes around bad weather or other hazards, we would steer a more pragmatic course towards and through them.  Such a deliberate intent to focus on consequence management, should develop a series of underpinning attitudes, behaviours and skills that will position organisations better for this, a less stable and predictable world.  In this approach, planning for the consequences of any individual scenario matters less than the collective development of improved capabilities to deal with buffeting of strategic plans.  We would expect to use more of the 80% rule being good enough to get us to the point where detailed planning is really worthwhile.

Finally, and assuming AI isn’t quite ready to replace us all in the next few months, what does it mean in people terms ?  For those large organisations with big talent pools, then the challenge of pulling together a team at short-notice to work on an issue may merely be in finding their current whereabouts.  In smaller organisations a more focused approach may be required:

At Droman Limited we have significant senior experience in critical incident and consequence management.  In discussion with clients though, we are finding that a softer, scaled and more proactive approach to deploying these skills, has real benefit for private and public organisations as they deal with the more usual ‘unusual’.  Many of the features underpinning the stabilisation of a soft issue, such as a major stakeholder changing position or political events impacting a previously stable market, look very much the same as the perhaps better understood business continuity plan for an HQ suffering a flood.  In helping organisations increase and use earlier this capability we have found that disruption to business as usual can be lessened and organisational self-confidence grows.

So do we need a new strategy on strategy ? – I think potentially yes. Something more simple and more flexible, something that expects choppy waters and prospers in them. Something that builds in an organisational capability to intervene early and effectively when what we didn’t want to happen, happens.